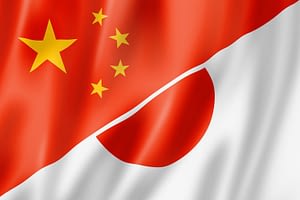 What is it that is bringing these two countries of China and Japan closer? Surprisingly vending machines. These unmanned machines are already a huge hit in Japan, and it looks as though China isn’t far behind in adding vending machines for just about anything you can think of.

Discussions are soon to  take place concerning the implementation of vending machines for the sales of hairy crabs, beer, noodles and other traditional amenities that the Chinese and Japanese are both interested in.

Japan has a long history that involves the use of vending machines. In fact, the dispensers have evolved from selling postcards and stamps in the early part of the 1900s, to now using advanced technological features.  Some of these features include facial recognition, to help provide customers with custom drink recommendations and preferences.

While the Chinese are no strangers to vending machines, consider the following fact: Japan currently has over five million vending machines in place, while China only has approximately 100,000.

China did not become host to vending machines until 1999, and they were only found in public areas. The wide array of small stands that sold snacks and drinks and convenience stores certainly slowed the expansion of these machines. Another concern for Chinese vending machine operators was that customers would attempt to use counterfeit money to purchase the goods.

With more and more people in China demanding the convenience offered by vending machines, there are several businesses that suspect the next few years will be a “golden period” for the expansion and use of these machines. Another convenience feature that the Chinese will be able to take advantage of is the WeChat app that will allow them to put their order in before they even arrive at the machine they plan to use.

The Expansion of Vending Machines Internationally